By: Myles Power Edited by: Rach
.
Over the past year the videos made on the powerm1985 channel have been very heavily story based and have centred around a character named Nega Myles who first appeared back in May of 2011. Since this time the number of subscribers has massively increased from 1,300 to over 14,000 and it is therefore not surprising that many of the people tuning in today are confused about this character and the story line. This post will try and clear up any questions they may have and explain the story so far.
.
The background to Nega
In April of 2011 Myles made a video in response to a BBC talk show. The show starred the fashion designer Katharine Hamnett who was extremely critical of nuclear power despite having little knowledge of the subject. She also regurgitated the same messages that Greenpeace has been using for the past 60 years. At the time Myles was only allowed to upload videos shorter than 15 minuets and therefore this video had to be massively cut down. The video was also was rushed out and contained multiple technical errors as well as not covering the problem of nuclear waste. Myles was very unhappy with the video but foolishly decided to release it anyway.
.
At the end of the video Myles asked his subscribers to suggest people for him to scrutinise for his next video. The video received a lot of negative attention and it was suggested that Myles should scrutinise himself and make another video talking about nuclear waste. Rather than making a boring correction video Myles came up with the evil version of himself, Nega Myles.
. 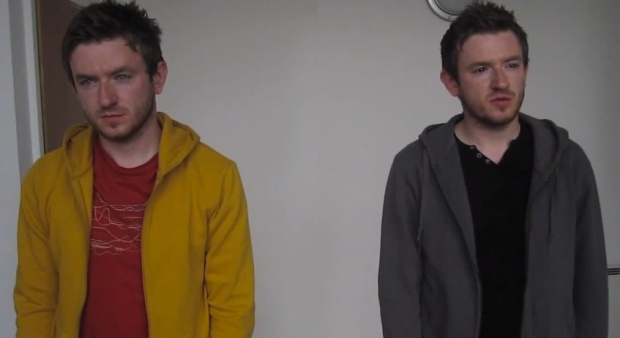 Nega’s job was to take over from Myles and correct the mistakes made on the powerm1985 channel. The character borrows heavily from the Scott Pilgrim character Nega Scott as he too also wears exclusively grey/black clothes. As well as the difference in wardrobe Nega has black eyes and different transitions and a different logo to distinguish between the two. The first time we see Nega he knocked out Myles in one punch. Nega then made a video about nuclear waste and corrected mistakes made by Myles. At the end of the video Myles and Nega re-enact  the end of Star Wars Episode IV and Nega gives the channel back to Myles, apologises for punching him in the face and implied that if he made any mistakes in the future he would be back. The video ends with the grey NM logo turning back into the former green MP logo.
.
The story so far
In mid 2012 Myles got a job in America and was unable to make videos for 3 months. At the time he was also was unhappy with mistakes he had made in previous videos and wanted to make another Nega video. Myles wanted to make a interesting video explaining why he would be away for so long and to reintroduce the Nega character. A video published in June of 2012 had Myles being chased by Nega (although you never see his face) through the woods and ends with Myles saying “You just have the channel.You can do whatever you want. I’m going to go away”.
.
Four months later in September of 2012 a video was released that publicised mylespower.co.uk. In it Michael (Myles’ best friend who had starred in the video Destroying my xbox360 with THERMITE!) was being held against his will and forced to talk about the website by Nega. In the middle of the video Nega comes on screen (although again we don’t see his face) and intimidates Michael by grabbing his shoulder. Michael can also be seen fearfully looking to the left checking for Nega’s approval. In October 2012 we fully see Nega for the first in over a year and a half when he interrogating Michael by re-enacting the scene between Pike and Nero from the 2009 Star Trek film. We find out that Nega now thinks it was a mistake in letting Myles leave as the only way to prevent him from making any mistakes in the future is to kill him. Nega believes that Michael knows the whereabouts of Myles and plans to torture him to gain this information. The video ends with Nega saying that he has looked all over Middlesbrough (Myles home town) and was unsuccessful in finding him. We then cut to Myles who is stood by a wall. As the camera pans around we discover that Myles is in New York. This is also the first time we see the green American MP logo.
.

The next 7 videos are the debunking 9/11 conspiracy theorists ones which are filmed in New York. They start of with the line “So as many of you know I fled England and escaped to America and ended up in New York city”. There is also a wink to the Nega character in Part 7 when Myles says “the only explanation I have is if I have an identical twin”.
.
In the video McGurk effect (staring Alex Dainis from Bite Sci-zed) Myles refuses to tell Alex where in America he is as he believes she would be in danger if she knew. The video ends with Nega walking down a snow filled alley in Middlesbrough. Peter (who has been in the videos Cure For Autism Caused By Vaccinations and Destroying my xbox360 with THERMITE!) walks out of his house behind Nega and confuses him for Myles and calls out to him. Nega turns around slowly and parodies the Bane voice from Batman and it is implied that Peter is kidnapped.
. 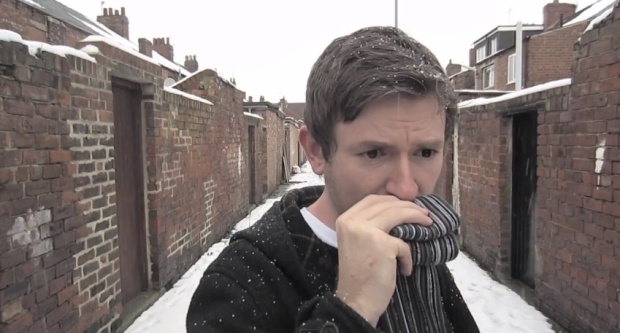 In the next video Myles is seen on a roadside in America with a sign saying “Will do SCIENCE! for money”. He talks Nick (who later becomes a main character) as he walks by asking for a job but is rejected. Later he asks Ben, who gets him a job at Camp Watonka, where the next several videos are set. Myles makes a video about galliums ability to make alloys with aluminium and we see that he owns a sonic screwdriver. Myles leaves the camp when he gets a phone call from his friend Tom who invites him to come travelling.
.
Meanwhile in Middlesbrough Nega is still trying to find out the location of Myles. We find out that he accidentally killed Michael leaving Peter on his own. Originally Michael was meant to be in until the end but was unable on the day to record so was killed off. Peter goaded Nega into making a videos of his own instead of attacking Myles all the time.
.
Although it may seem like this story is going nowhere I can assure you that it will all come together at the end and to quote Highlander “there can only be one”.

1 Comment on The Story Behind Myles Power and Nega Myles

Nega Myles is a caricature whose job it is to correct any mistakes made on the PowerM1985 channel. The character borrows heavily from the movie Scott Pilgrim and can be distinguished from the regular Myles by his dark clothing, black eyes, different video transitions and logo.

The caricature was in response to negative feedback on a video critiquing the fashion designer Katharine Hamnett's views on nuclear power. At the end of the video Myles asked his subscribers to suggest people for him to scrutinise his next video. The overwhelming majority of commenters suggested that Myles should scrutinise himself and make another video on the subject. Rather than making a boring correction video Myles saw this as an opportunity to do something creative and have fun and thus came up with the evil version of himself, Nega Myles.