Let’s once more critique some of the more convincing arguments made in a speech given at the March Against Monsanto protest in London earlier this year. This time, let’s fact-check a speech given by Haidee-Laure Giles of War on Want who, like others, was not just there to protest against the agrochemical and agricultural giant Monsanto – but genetic engineering in general.

Haidee began her speech by listing some of the questionable products and projects Monsanto had been involved with in the past. She talks about the fact that Monsanto were one of the companies that synthesised Agent Orange – a herbicide used by the American military during the Vietnam War. The herbicide consists of a 1:1 mixture of 2,4,5-trichlorophenoxyacetic acid (2,4,5-T) and 2,4-Dichlorophenoxyacetic (2,4-D). Unfortunately, due to a manufacturing error, a highly toxic dioxin compound (2,3,7,8- tetrachlorodibenzodioxin) was also synthesised. This highly toxic dioxin impurity is responsible for all of the detrimental health effects we see today. What’s interesting is that as far back as 1952, Monsanto informed army officials of the impurity. Yet the American military still decided to go ahead and use the herbicide in Vietnam – despite the warnings from scientists at the time about the possible long-term effects on the people and ecology of the area. On a side note, this dioxin compound and all other compounds in this family are not, as Haidee incorrectly stated, considered to be “the most toxic chemical[s] known to science”. Haidee was, however, correct when she stated that Monsanto played a part in the production of the first atomic weapons. They were part of the Dayton Project (an offshoot of the Manhattan Project) and were tasked with creating the mechanism that starts the bombs chain reaction. These are two examples of questionable things in Monsanto’s history, and I can completely understand why some would want to boycott such a company, but it’s essentially irrelevant when it comes to the subject of GM technology. Here, Haidee is relying on her audience’s inability to differentiate between GMO and the company Monsanto, and is simply poisoning the well in hopes of discrediting GM-technology.

Haidee continues to poison the well by listing more products from Monsanto which, like Agent Orange, are not exclusive to the company; nor do they have anything to do with GM technology. She states, with some confidence, that the artificial sweetener saccharin and the family of compounds known as polychlorinated biphenyls (PCB) are known carcinogens, and that they cause deadly diseases. Whilst it is true that PCBs (which were, in the past, used as dielectric and coolant fluids) do have a wide range of toxic effects, the same cannot be said about saccharin. Saccharin (which is about 300-400 times as sweet as table sugar) is considered to be safe for human consumption, but in the the 1970s the compound was associated with bladder cancer in rats. This led to a ban of the artificial sweetener in certain countries, and for it to be sold with a warning label in others. However, it was later discovered that male rats have a unique mixture of high protein, high pH, and high calcium phosphate levels in their urine which, when combined with saccharin, formed micro-crystals that damaged the lining of the bladder. The rats then responded to this damage by over-producing bladder cells which lead to tumour formation. As we humans don’t have this unique chemistry in our urine, there is no elevated risk of bladder cancer associated with the consumption of saccharin. This has been known for some time, and there is no excuse to use outdated research from the 70s to spin a narrative and (I’m sorry for repeating myself but…) this again has nothing to do with GM technology. 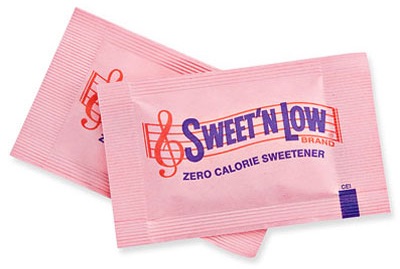 Haidee later tells a story of a simple farmer living the idyllic life who was happy and content with harvesting and planting seeds from the previous year – until forced by Monsanto to use their tainted product. She states that the previous type of farming “created the great biodiversity we see on the planet” which, quite frankly, shows just how detached from reality she really is. Be under no illusion – farming of any kind is detrimental to the environment. Yes, the impact of agriculture varies depending on the practices used (and some opportunistic species’ have flourished) but it does not change that fact that farming requires vast resources and land to produce the product we need to survive. As for Monsanto forcing farmers to use their seeds, the only thing putting pressure on farmers is the open market in which farmers using seeds and farming practises producing higher yields can out-compete those who don’t. This is by no means the strangest thing Haidee says – she also goes on to theorise that the only reason monsanto started producing GM seeds in the first place is that you can’t make money from seeds you can’t patent. I don’t know about you, but my first thought was that someone should warn practically every seed company ever that their business model is flawed.

Like with Liz O’Neal from GM-freeze, I asked Haidee if she would be willing to be interviewed on camera to defend and discuss some of the things said in her speech in greater detail – to which she initially agreed. One of the subjects I wanted to bring up with her was the fact that Monsanto don’t sell (and never have sold) terminator seeds (a seed which produces no viable offspring) – something that only 30 minutes ago, Haidee had incorrectly told the crowd. So that she would not feel uncomfortable or ambushed before I turned on my camera, I told her that I was a YouTube producer from a science background who was actually pro-GMO use in agriculture. Her mood suddenly changed, and Haidee shot me a look of pure disgust which lasted throughout our very short conversation. With a scowl, she told me that she did not want to be interviewed because she was thought that I may edit the footage unfavourably. I gave her my word that, not only would I not unfavourably edit the footage, but I would also upload the interview in full for all to see. Once again she refused, which led me to do something I had never done before. In a last-ditch attempt to get her to agree to be interviewed, I listed all the questions I wanted to ask – giving her ample time to prepare responses. She once again refused to be recorded, but did respond to my rebuttal to her claim that Monsanto sells terminator seeds. She basically back-peddled and said that my definition of terminator seeds (which was the same as hers just 30 minutes prior to this discussion…) was incorrect, and that they somehow have the property of producing less yields year after year. When I said that wasn’t what she had told the crowd, and that they still aren’t available on the open market, she gave me a look up and down and I could see I want going to get anywhere. I thanked her for her time, and she disappeared back into the crowd.

At the end of the day, I was very disappointed that one of the main speakers at a protest refused to be interviewed by someone with an opposing viewpoint. Don’t get me wrong – I completely understand why the average protester that showed up on that Saturday morning wouldn’t want to be interviewed on camera, but I think that somebody who puts themselves forward like Haidee did should step up to the mic when called. When someone like her refuses an interview, what does it really tell you about her position? That she’s worried her argument can easily be knocked down.