In May of 1992, the Bureau of Alcohol, Tobacco, and Firearms (ATF) were informed that Vernon Howell, also known as David Koresh, the leader of the Branch Davidians, a religious group who believed the apocalypse was imminent, had received a large shipment of firearms, inert grenades, and possible explosive precursors. In February of 1993, they obtained a warrant to arrest Koresh, as well as several other Davidians, and to search the Mount Carmel Centre Ranch (the headquarters of the Davidians). An intense gun battle erupted on February 28th, when the ATF attempted to raid the ranch, which resulted in the death of four government agents and six Davidians. A siege was then initiated by the Federal Bureau of Investigation (FBI) lasting 51 days until April 19th, when they launched an assault on the complex. Their plan was to forcibly remove the Davidians using CS gas, however, during the attack, fire engulfed the compound, killing approximately 74 people (this number excludes two unborn children and is an approximation because of the extensive burning and commingling of the bodies). 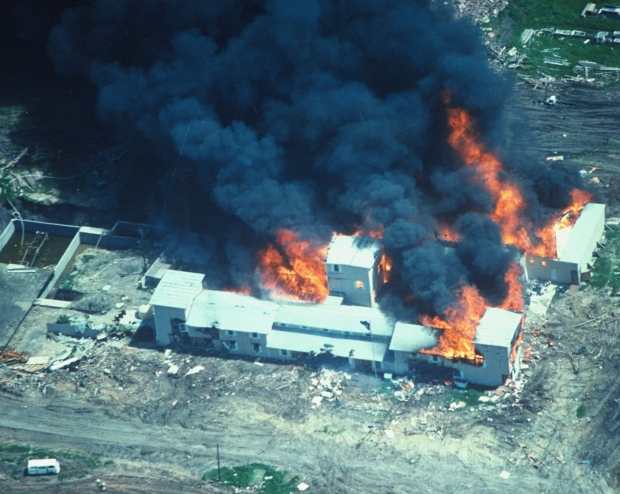 Since the incident, many, including Academy Award nominated documentaries, have accused the US government of pinning children in a burning building with gunfire, using helicopters to shoot at people from above, and deliberately setting fire to Mount Carmel. Over the next month, I plan to publish a series of blog posts investigating these accusations to see if they have any merit, but first, here is a brief history of David’s rise to power.

Following the death of Victor in 1955, his widow, Florence Houteff, took over leadership. Florence was convinced that the apocalypse was imminent, and in 1959 gathered hundreds of her faithful followers together to witness the fulfilment of her prophecy. When the world didn’t come to an end, Ben Roden, who had always opposed Florence’s leadership, claiming that God chose him, formed the Branch Davidian Seventh-day Adventists and started to recruit a large number of Davidian Seventh-day Adventists to his cause. Ben, who also proclaimed himself to be King David’s successor, died in 1978, and his wife, Lois Roden, became the president of the organisation. During this time, a twenty-something Vernon Howell (after 1990 known as David Koresh) arrived at Mount Carmel and began a sexual relationship with Lois, who was then in her sixties, claiming that God had chosen him to father a child with her who would be the “chosen one”. Her son, George Roden, who was deeply offended by Howell’s sexual relationship with his elderly mother and felt that his position of leadership was being threatened, filed a lawsuit alleging that Howell had raped his mother and brainwashed her into turning against him.

Over the years, Howell’s popularity grew within the group, and when he left the compound in 1984, he took the majority of religious followers with him. They moved to the East-Texas town of Palestine where, without a base or resources, they lived a primitive existence for a time in wooden shacks.

In November of 1986, Lois died and George finally inherited the position of the leader of what remained of the commune. In an attempt to regain support, and to demonstrate his spiritual supremacy, George challenged Howell to raise the dead. Howell declined the challenge, but this did not stop George, who dug up the remains of a woman named Ana Hughes who had died two decades earlier. He placed her remains in the Mount Carmel chapel and three times attempted to resurrect the woman with his prayers, with no success. Sensing an opportunity to return to Mount Carmel, Howell reported George to the McLennan County sheriff’s office for illegally exhuming a corpse, but was told that he would have to show proof of this, such as a photograph of the corpse.

Howell decided that the best way to get evidence of George’s ghoulish contest would be to raid Mount Carmel. On November 3, 1987 dressed in camouflage, Howell, along with seven heavily armed followers, snuck onto the grounds before dawn with the alleged intention of obtaining a photograph of the corpse, despite not one of them having a camera. They waited until mid-afternoon before going into action and, when discovered by George, a gunfight ensued for several minutes. George suffered minor gunshot wounds before fleeing the property.

Howell and his followers were charged with attempted murder. At the trial, Howell wanted to introduce the coffin, complete with the skeleton as evidence, however, before the coffin was taken to the courthouse, he tied a pink bow around the skeleton’s neck to dress it up. Howell’s followers were acquitted and Howell’s case was declared a mistrial.

Later, in 1989, George murdered Wayman Dale Adair with an axe blow to the head after Adari had told him that he believed that he was the true messiah. George was convicted of murder and imprisoned in a psychiatric hospital at Big Spring, Texas. Howell and his followers were then finally able to reclaim Mount Carmel after they raised money to pay the thousand of dollars George owed in unpaid taxes. When they returned, they discovered that tenants who had rented the property from George had been using it as a methamphetamine laboratory when they left their equipment behind. Howell reported it to the local police department and asked to have it removed.

Having gained the role of spiritual leader of the Branch Davidians after George’s incarceration, and wanting to assert his role, Howell changed his name to David Koresh, suggesting ties to the biblical King David and Cyrus the Great (Koresh being Hebrew for Cyrus).

It took David less than 8 years to gain control over this religious group and now, with his power as the new spiritual leader, he would begin to lead them down a dark path that would eventually lead to the death of most of them. 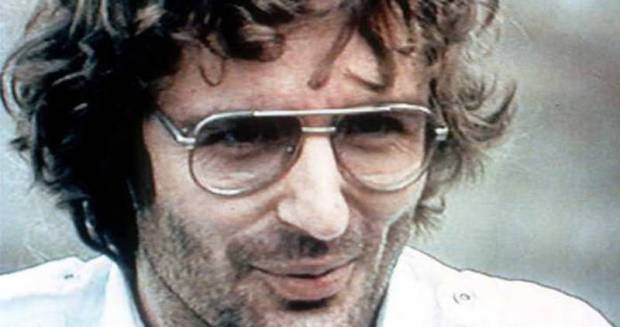