As many of you know, I am in the middle of researching for a series of videos debunking the chemtrail conspiracies. However, it has just occurred to me that I have never explained contrails (also known as aviaticus cloud formatting) despite producing several blog posts and podcasts debunking the chemtrail conspiracies. I plan to rectify this now, however, before I do I should probably talk about the difference between chemtrails and contrails.

This might surprise you to hear, but everyone I talked to at Save Our Sky (a protest against chemtrails and geoengeneering) accepts that aircraft can make white lines in the sky called contrails. These contrails are almost identical to chemtrails, apart from one major difference according to the protesters. Contrails only last seconds, whereas chemtrails can persist hour after hour. But is this true? Can contrails only last for a few seconds? 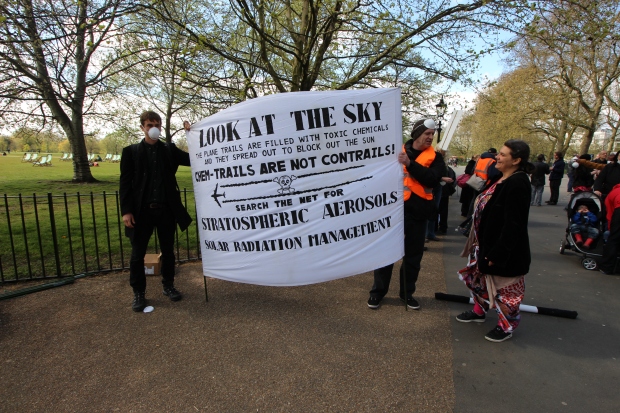 The first thing to note is that contrails are generally classified into two different types. Exhaust contrails which, as the name would suggest, are formed from the exhaust of the aircraft and aerodynamic contrails, which are formed by the temporary reduction of air pressure over the surface or in the middle of the plane’s wake vortex.

The vast majority of contrails you see in the sky left by aircraft are exhaust contrails, which are caused by the condensation of the water vapour in the aircraft’s exhaust. These white clouds are not a million miles away from your breath on a cold day. When you breathe out, your warm, damp lungs are adding moisture to the air, which condenses when it hits the cool environment. This condensation evaporates relatively quickly but as aircraft are in a much colder environment their condensed freeze almost but not quite instantly. Because of the low temperatures they can’t melt or evaporate but they do eventually fade away through a process known as sublimation where a solid turns into a gas. However the rate at which these ice crystals will sublime is dependent on the humidity of their environment. In low humidity the trails can disappear very quickly where as in a humid environment not only can the contrails last for a long time but they can also grow in a proceed called deposition (the opposite of sublimation where a gas is turned directly into a solid). As these ice crystals grow they will sink faster causing the trail to spread out as it sinks through altitudes with different wind speeds. 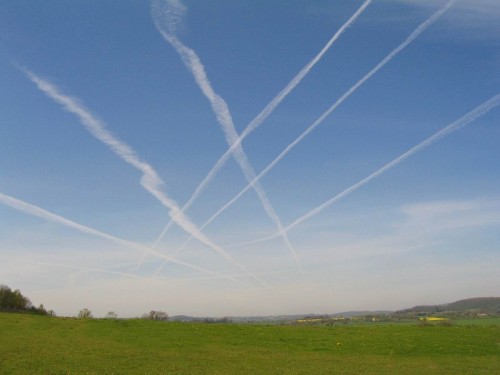 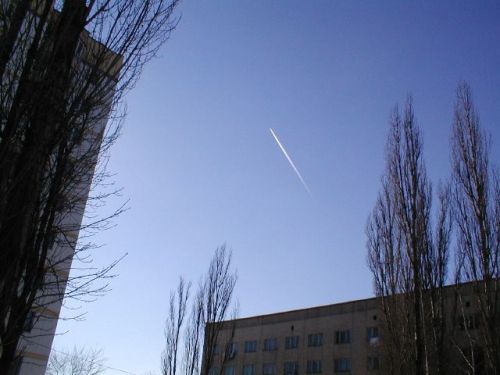 Aerodynamic contrails are formed when there is a localised decreased in pressure and temperature. As a aircraft fly thought the air its wing tips and sometimes wing flaps can create vortex which persist in the atmosphere long after it has passed. The reduction in temperature and pressure across each vortex can cause water to condense out of the air making the vortices visible. This effect is usually only seen on humid days at low altitudes when the aircraft is coming into land or taking off. 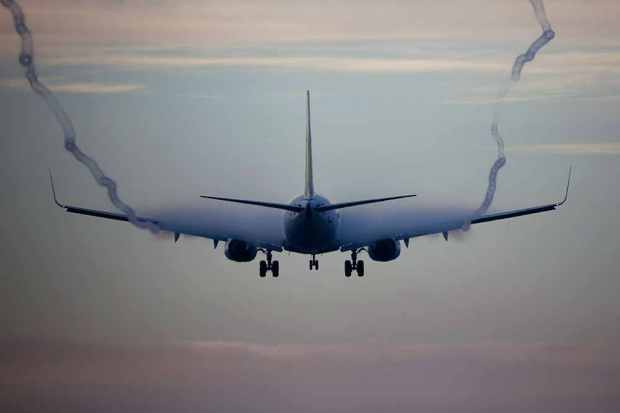 So can contrails only last for a few seconds? Yes but contrary to what the people said at the Save Our Sky protest they can also last for hours. 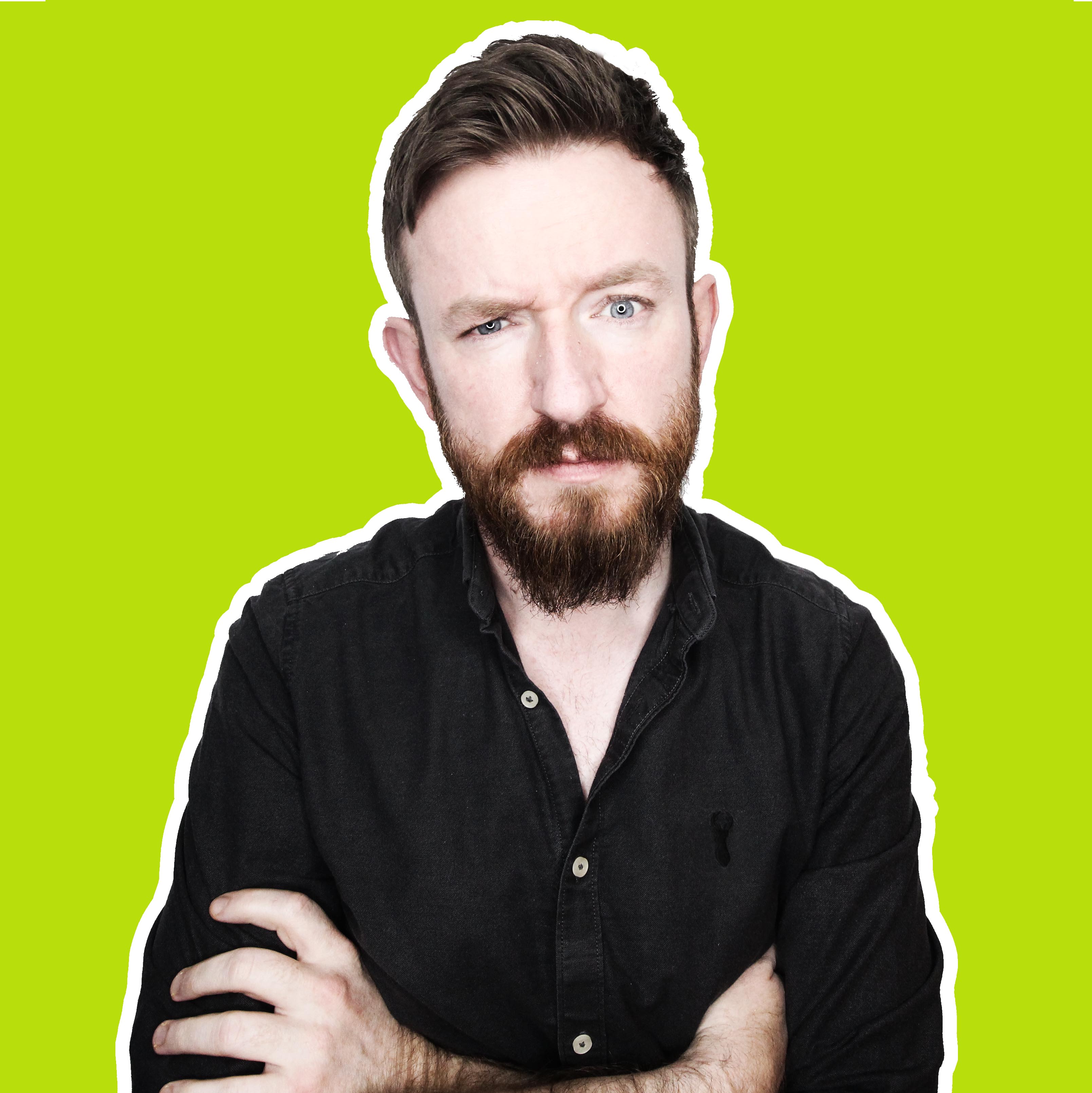